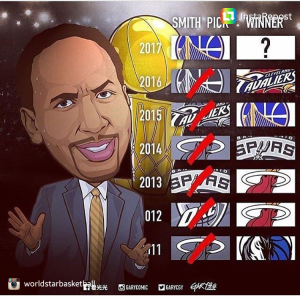 Stephen A. Smith is one you would consider as one of the most popular and veteran analysts of our time. He has always been outspoken about what he thinks and he has given decent analysis of most of the sporting events but his predictions on NBA finals were never correct.
In the last six years, Stephen Smith has predicted the other teams would win the championship but it always went the other way.
This year, he is betting on the Warriors to win. Will he be right this time? 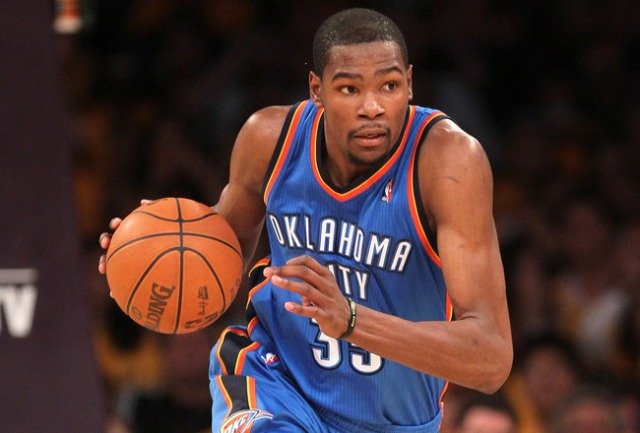 On First Take on Tuesday, Smith said, “Regardless of how senseless it may [sound], in one breath I’m hearing that if Kevin Durant doesn’t stay in Oklahoma City, L.A. is his primary objective and landing spot as opposed to South Beach or even his home of Washington, D.C.”

“At NO time did I ever say I SPOKE to K.D. Or his family. Or his brother, friends, teammates, etc. (although I can assure you all I have on several occasions in the past),” Smith wrote. “I said I HEARD from folks I know — in a league I’ve been covering for 19 years — that if he were to leave OKC as a free agent, these are the cities I was told he was considering. OKC. LA. Miami. DC. NY. I stand by it all. And that is that. His assertion that I was lying is not only FALSE, but totally uncalled for. Especially from a player who receives nothing but praise not only from me, but from practically every media member you can find.”