Kia Picanto was ravaged by Barangay Ginebra, suffered worst defeat this conference with a score of 120- 99.

21 points, that’s how wide the difference of the scoring is after four quarters of play between struggling Kia Picanto against Barangay Ginebra. Yet another disappointing loss for Manny Pacquiao’s team as they could not find the answer to stop Ginebra and practically all the teams they met so far.
Ginebra started the game on fire securing a 15 point advantage in the first quarter and it went on until the rest of the game. This was a gimme game to start with.  Ginebra now enjoys two wins in a row while Kia is at the bottom of the standing with 0 wins and 4 losses.
Ginebra was shooting 49% while Kia is at 42%.  Everything was working for Ginebra even Mark Caguioa who rarely produced piled up 16 points on 8/9 shooting.
Slaughter also had a big impact in the game scoring 18 points and while Brownlee is his usual self at 26 points.
Kia’s import Cummings was a disappointment tonight scoring 16 points on a (30%) 6/20 shooting.
Coach Tim Cone spoke at the end of the game and was all praises for his players and was sharing how they were able to display all their weapons and talked about focus and triangle offense.
“Solid all around game”  – Tim Cone 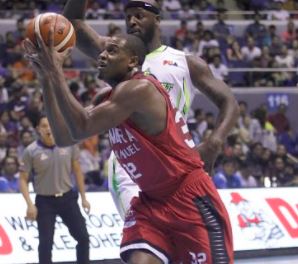 Kia badly needs to get a win as they are starting once again to dig a deep hole of defeats after suffering another loss against Talk n Text in their last game. Currently standing at 0-3 at the bottom of the standing, Kia is up against Ginebra who is not only one of the biggest and toughest teams in the PBA but is also the crowd favorite.
It will take a lot to defeat Ginebra who is defending their Governors Cup Championship.  Kia who had been playing miserably shooting at 35%  in the conference needs a lot of focus and more consistency in shooting. Ginebra who is currently 1-1 shoots at 43% is not impressive to say the least but is more than enough to defeat Kia who also lags behind in other team statistics against Barangay Ginebra.
The two teams last met on June 2 when Ginebra dismantled Kia to a victory with the score of 94-80.

Kia Needs Pride
The Franchise haven’t had a successful conference yet. The highest they achieved was a quarter finals slot in the 2016 Governors cup which was short lived after a defeat against Meralco.
Tonight, I see little chance for Kia to defeat Ginebra. Not unless Kia can find away to limit the big men of Ginebra and out-rebound them. Of course they have to also shoot better which will be hard against the towering defense of Ginebra.
Last 3 games of Kia.
July 28, Lost to TNT( 106-96) 10 points
July 22, Lost to NLX( 100-93) 7 points
July 19, Lost to Phoenix ( 118-105)13 points
#qp_main1134633 .qp_btna:hover input {background:#3ba038!important} #qp_main1134633[results=’0′] .qp_a:hover {background-color:#d8d8d8!important} #qp_main1134633[results=’0′] .qp_a[sel=’1′] {background-color:#D4DDFA!important}#qp_all1134633 {max-width:815px; margin:0 auto;}
Who will win tonight?
Close win by Kia Picanto
Close win by Barangay Ginebra
Barangay Ginebra will destroy Kia
Big Upset by Kia 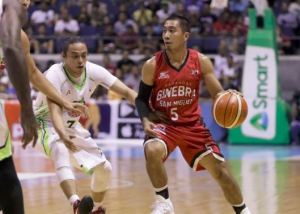 I can still remember the last time these two teams fought against each other. When heated battle between the two-star point guards elated the crowd as they got into physical and verbal exchange.
Last night, the two point guards continued to battle but LA Tenorio, getting the best out of the situation as his team easily defeated Global Port. The stats sheet was bad for Batang Pier as they lost all statistical categories last night even with import Hollway producing a game high of 36 and Terrence Romeo shooting at 41% with 25 points.
The story of the night was LA Tenorio who figured a 5 out of 7 shooting from beyond the arc, leading the Kings and tallying a total of 29 points.
The Global Port Batang Pier had a let down in the second quarter as they apparently hhadave to battle themselves as Coach Pumaren and Stanley Pringle had a minor tirade during the huddle.
The scores:
GINEBRA 124 – Tenorio 29, Brownlee 21, Slaughter 19, Devance 14, Thompson 13, Aguilar 9, Mariano 7, Cruz 4, Caguioa 4, Ellis 2, Taha 2, Jamito 0.
GLOBALPORT 108 – Holloway 36, GlobalPort 25, Pringle 18, Anthony 8, Arana 5, Maierhofer 4, Cortez 3, Pennisi 3, Aban 2, Guinto 2, Van Opstal 2, Grey 0, Ababou 0.
Quarters: 29-28, 61-51, 93-76, 124-108.
It was on October 22, 1985 in a game with Northern Consolidated Cement where Jaworski lit up the crowd with his drive and determination to win the game. With stitches in the lip incurred from a hit by Jeff Moore, Jaworski rushed back to the ball game and pulled up the Gins to finish the remaining seven minutes of the game. 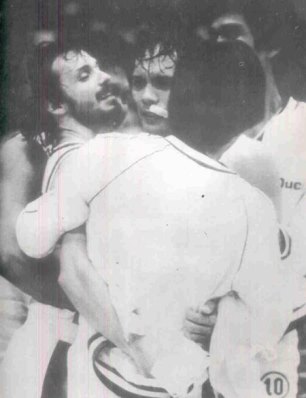 During the play at the second quarter, Robert Jaworski was hit by an elbow from Jeff Moore and it caused him a bruise on the lip. It was bad that he had to withdraw from the game and immediately get some stitches. It was at the near end of the game when Jaworski got back, and the Gins were already on the 15 point disadvantage. But this didn’t  stop him from getting the Gins a win. He got back on the game right away and surprisingly won the match leaving the NCC Team stunned at the the sudden defeat.
This history gave birth to the famous  “Never Say Die!” of Barangay Ginebra which sparked hope in every game of Kings. That moment of Robert Jaworski was so iconic to the people of the barangay that it drew them more into supporting the team and it’s succeeding players. Ginebra become one of the prominent teams in PBA because of its solid fan base, in fact some singers also created anthem for the kings like “Ginebrang Ginebra”, “Kapag Nanalo ang Ginebra” and “Nang Maging Champion ang Ginebra” these songs are proof of the fans’ love for their favorite basketball team. Since then Ginebra has sustained itself a great fan base in every conference at the PBA.

After a poor performance in the first game, Brownlee found his rhythm to save Barangay Ginebra and captured their first win against Global Port of the 2017 Commissioners Cup.
Global Port look poised and was in control in the first half,  scoring 58 points against 51 of Ginebra.
All turned sour in the 3rd quarter when Justin Brownlee took over the game and scored majority of his points in the quarter.
Batang Pier could not find the basket in the second half and ended up shooting at only 39% FG while Ginebra was on target with 51% team FG. Ginebra also lorded the board grabbing 12 more rebounds resulting to more points in the paint.
Ginebra players found each other dishing out 30 assists against 18 only of Global Port.
Terrence Romeo had an awful game scoring 14 points on a dreadful 27% FG ( 6/22).

TV 5 have done a great job with the PBA coverage but nothing compares to what our eyes have seen. Check out our PBA Finals Vlog of the SMB vs Ginebebra series.
The Meralco Bolts could have been leading the Best-of-Seven finals series of the PBA Governor’s Cup, but there is something that lacks their performance. 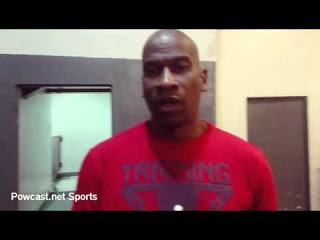 Bolts’ coach Norman Black said that they lost because of failure to get rebounds, as highlighted by the Barangay Ginebra Kings’ dramatic victory due to Sol Mercado’s follow-up shot, where he came from under the basket and flew above Meralco’s big men, Reynel Hugnatan and Allen Durnham.

“We actually lost the game on an offensive rebound by Sol Mercado.” Black admitted

Given the fact that the Gin Kings specialized on a three-guard line up, Black is expecting the Bolt to be dominating the boards, both offensively and defensively because they have taller players on their line up.

And after being dismayed by the Kings in the dying seconds of Game 2, Black said that the team will give importance on controlling the boards more, knowing that it was the rebounding that stopped them from getting the series lead.

“That’s the number one thing [rebound] we have to address in practice. Certainly, we would not be doing rebounding drills, but mentally, we just have to focus on the fact that we got killed on the board tonight,” Black said.