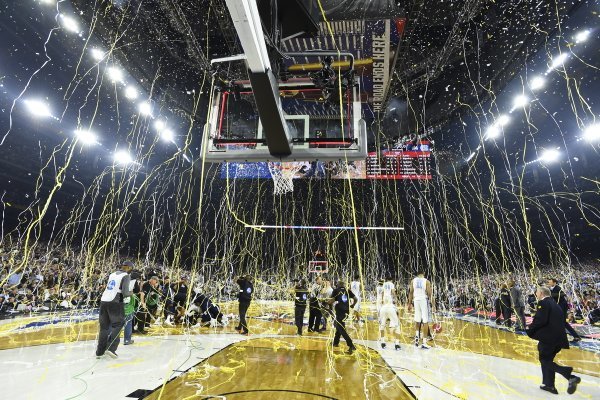 The Villanova Wildcats ended the “March Madness” in the most exciting way you could possibly imagine.
Down to the final seconds of the ball game, Marcus Paige of North Carolina tied the ball game at 74 a piece with his double clutch off balance 3 point basket.
With 4.7 seconds left in the ball game Wildcat’s Ryan Arcidiancono brought the ball down, the moment he reached the mid court he then pass the ball to Chris Jenkins who nailed the buzzer beating three point shot!
Villanova Wildcats finally won its 2nd national championship in 31 years.