Was DLSU selfish for not letting their players be a part of the Gilas training pool?

Chot Reyes revealed 23 new names on the Gilas training pool and while a lot of fans and players were happy to see most of the names, a lot of fans were wondering why La Salle’s Caracut, Melecio, and Rivero was not part of the list.
See complete list here (23 Gilas training pool complete list)
Fans online were buzzing about it and demanded answers as to why Coach Chot Reyes snubbed the highly touted players. In a recent interview however it was revealed that the Geen Archers wants their player off the list.

The DLSU Green Archers basketball program is currently in their transition period, which is why the likes of Ricci Rivero, Andrei Caracut and Aljun Melecio were asked by their alma mater to be excluded from the #23for23 pool for now.

Given the experience and the opportunity that the players could have had as part of the national training pool do you think De La Salle should have just allowed their players to join?

No Vacation: Gilas Pilipinas Pool Focused on Tasks at Hand 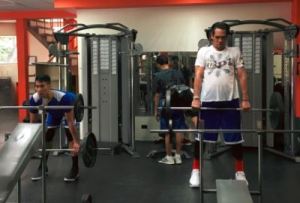 With a lot of distraction from around the PBA, National Coach Chot Reyes rounds up his players in preparation for the upcoming FIBA World Cup qualifier games on November 24 in Japan and on November 27 against Taipei in Manila.
With the current commissioner issues in the PBA that left the PBA with two divided factions, the players from each divided camps reunite in an effort to help secure a slot in the coveted FIBA World Cup.
SMC players like JunMar Fajardo and Japeth Aguilar were a few of the players who were present during practices and both players have been committed to the national program and were also responsible to its previous success.
Coach Chot Reyes, recently being re-assigned back as the coach took over the job in the nationals last tournament that saw the Philippines put up mostly college and young players due to unavailability as well us the FIBA Asia Championship Cup was never really in the calendar of the Philippines as they were only given a wild card entry because of the untimely exit of Japan.

Chot, who is also the president of TV 5 knows what the meaning of sacrifice is as he himself has taken dual roles right now in serving TV 5 now ESPN 5 and the national team as the head coach.
Coach took to twitter and expressed his appreciation for the players for showing up and sacrificing their vacations and time with family just to get a chance to wear and represent the “Pilipinas flag” across their chests in honor and dedication that he himself is doing.
Congrats and good luck to our national squad.
List of Gilas pool here
Chot Reyes (@coachot) tweeted at 11:25 AM on Sat, Nov 04, 2017:
In d offseason, they give up their vacay, rest, time w families- for no extra pay but d chance to wear ‘Pilipinas’ across their chest #💪🇵🇭❤️ https://t.co/2VZDLOy6dP
(https://twitter.com/coachot/status/926651598964604928?s=03)

In d offseason, they give up their vacay, rest, time w families- for no extra pay but d chance to wear ‘Pilipinas’ across their chest #💪🇵🇭❤️ pic.twitter.com/2VZDLOy6dP
— Chot Reyes (@coachot) November 4, 2017

Coach Chot Reyes Won’t turn his back on the Philippines

A couple of days ago and just in the heat of the 2017 PBA Governors cup Semi-finals, someone twitted Coach Chot Reyes a piece of recommendation which he responded to with pure class.
Coach Chot Reyes has been a coach of the National squad for god knows how many times already, and while he has some shortcomings he also have accomplished  a lot of things and was one of the people responsible for it’s identity “PUSO”.
Chot Reyes have gotten five medals as head coach of the National Squad including a gold in Taipei in 2012 Jones Cup, a Silver in the FIBA Asia Championship Cup in 2013 and 3 Bronze ( 2 Jones cup and 2014 FIBA Asia Cup). These medals are not easy picking, so to have and for someone to have guts to ask coach to step away from coaching requires a lot of balls.
@Blissman18 recently sent a message to the long time coach of Gilas asking him to sacrifice.

The post had a bit of steam but not too much to get mainstream attention but we felt compelled to pick it up as we like to commend how Coach Chot Reyes responded to the query.

Onga. Retired nako pero inoffer ulit sa kin e, & I’m not gonna turn my back on the Philippines. I serve w/ no pay, no contract to this day – Chot Reyes.

Burnt! Chot Reyes responded back as a veteran and we liked it!
Coach Chot Reyes didn’t have to coach but he is one of the most qualified and a better fit to handle the team and as a matter of fact, coaching the National Squad would be more of a sacrifice for Chot Reyes as he has already established himself as one of the best coaches and has nothing to prove anymore. Also, Chot Reyes is coaching while also working as the President of TV 5 network, to take a job for the country and to set aside the money maker is already a sacrifice as it is. 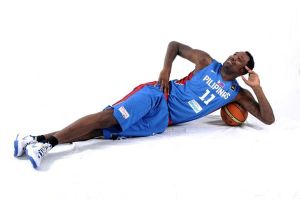 Gilas Pilipinas Head coach Chot Reyes is already fed up with the excuses of Gilas naturalized player Andray Blatche on his delayed arrival once again.
The coach stated that he expected Blatche to finally show up to the national team’s evening practice at Meralco Gym on Tuesday as he starts to shape up the Gilas for the upcoming 2017 Southeast Asia Basketball Association (SEABA) Championships in May.
But the birth of Blache’s son, Andray Jr., kept the Gilas player in the United States and delayed his arrival to the Philippines.
“He called me right after his girlfriend gave birth to their son. Supposed to be, he should be here. But then, he was asked to stay for the christening and the word is he will arrive on Friday,” Reyes said, “He could’ve easily made it here today. He asked to stay but I told them by Friday, what will be their excuse? He’s giving lots of excuses, so we just have to live with it and make that decision when we need to.” He then bluntly added.
Reyes flashed how really upset he was with the delay, to the point that he made an ultimatum to replace Blatche if he doesn’t arrive over the week.
“I’m very upset with the unfolding of events. Andray knows it and his handlers know it. And as I’ve said, if another problem pops up, we will replace him.” the dismayed mentor said at the end of Gilas practice.
Coach Reyes dissapointments and frustrations made him doubt the words coming out from Blatche’s side.
“His guarantee doesn’t mean a thing to me. He has a lot of guarantees that he doesn’t accomplish.”
Chot Reyes of Gilas pool addresses the team’s development after returning to a closed-door 3-day training camp in Tagaytay City last March 14 to 16, for their preparation in the upcoming 2017 Southeast Asia Basketball Association (SEABA) Championship.
“This is our first time to come all together with almost everyone complete in training camp in Tagaytay and we finally got a chance to get up a little bit up and down the court.” Coach Reyes stated.
As part of their training, they will compete with some of the best and brightest players of PBA, so they’re looking forward to a lot more ferocious practices.
“The players aren’t worried about the game on Wednesday or any other kind of game for their mother team, so it’s as if good for us. Hopefully we got one more good practice tomorrow in Cagayan de Oro with the team that’s playing on Wednesday. We are looking forward to a lot of competitive and a lot more intense practices.”
Coach Chot assessed the progress of Gilas players before heading to the All-Star week in the upcoming days. However, he admitted that they are still on the process of getting their mind in the International competition.
“There’s definitely been progress but it’s still a long way. We are still playing and we don’t have the FIBA or the International mindset and only time can really remedy that, so we just need to be patient.” 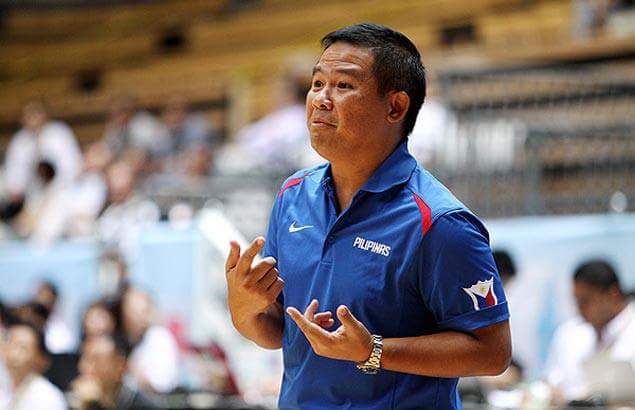 Chot Reyes will be back as the head coach of the Gilas Pilipinas team as Tab Baldwin will be relegated to consultant role.

Reyes served as head coach of the Gilas Pilipinas 2.0 team from 2012-2014 and stirred the team to a silver medal finish in the 2013 FIBA Asia Championship and 21st overall in the 2014 FIBA Basketball World Cup.

Meanwhile, Reyes said that every PBA team are now required to lend atleast one player to the gilas pool.

He also said that current members of the Gilas Pipilinas team, which are the formerly the Gilas cadets, will be asked to join the 2016 PBA draft as part of the program.

He strongly believe that PBA players or players with experiences in playing in the PBA are the best ones to include in the Gilas Pool.

Vincent “Chot” Reyes is back in mentoring the Team Gilas Pilipinas as he was being recalled to be the head coach of the men’s national team.

Reyes, who spearheaded the former Gilas pool to a silver finish in the FIBA Asia Championship in 2014, replaced Ateneo head coach Tab Baldwin, who was named as the team Consultant.

He even tweeted about being back in coaching the Gilas, in which he refer to as “hot seat”.

Online reports have stated that Reyes’ top requirement for the players who will be representing the country must have an experience in the professional league, which is the Philippine Basketball Association (PBA).

However, this will affect current roster of the national team, as most of them are being pulled out from the UAAP and the NCAA right after they ended their stints in college basketball.

In 2005, Reyes was hired by the PBA as the head coach of the Gilas Pilipinas, leading them to several victories outside the country like the Brunei Sultan Cup, William Jones Cup, and FIBA-Asia Champions Cup.

But in 2014, he was removed from the post and was replaced by Tab Baldwin, to lead the new set of players representing the Philippines in the international stages.