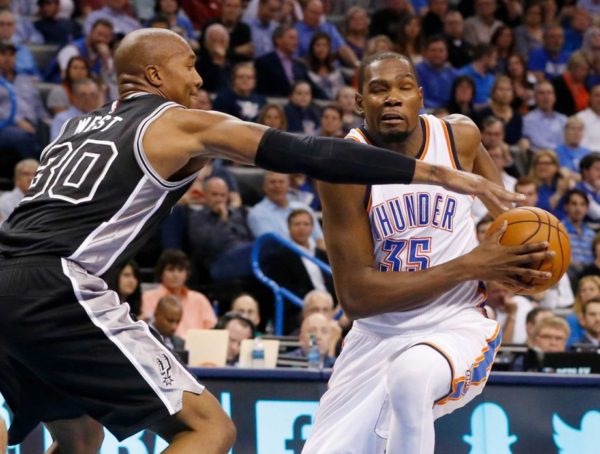 The Golden State Warriors isn’t done yet. They are building a super team. After agreeing to terms with Kevin Durant in two-year, $54 million deal and adding Zaza Pachulia for one-year, $2.9 million contract, the Warriors add another big man in David West for the veteran’s minimum worth $1.55 million.

West joined the Spurs last season for one year to have a shot at ring but the Spurs were eliminated by the Oklahoma City Thunder in 6 games of the western conference semifinals. West averaged 7.1 points, 4 rebounds and 1.8 assists in just 18 minutes per game last season.

The Warriors have added Durant, Pachulia and West to the team but lost Bogut and Barnes to the Mavericks so far this off season.

The two-time All-Star who was drafted 18th overall by New Orleans in 2003, averaging 18.9 points to go with 7.6 rebounds has opted out of his contract with the New Orleans Hornets.

David West will test the free agency market, hoping to get a better deal from other teams.  Together with West New Orleans back up center gray also opted out of his contract. Will Chris Paul be next?
Toggle Sidebar