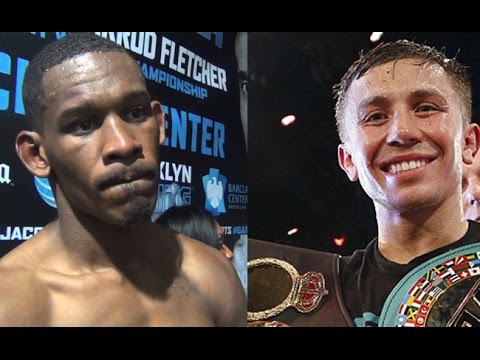 Madison Square Garden, New York – It has been a great fight between Gennady “Triple G” Golovkin and Daniel “The Miracle Man” Jacobs.
Golovkin continues his winning streak to 37-0-33 by winning a  unanimous decision against Jacobs  (115-112, 115-112, 114-113).
Two of the judges scored the fight “115-112” in favor of Golvkin but I thought it was closer than that. The score 112-114
seem more appropriate for a very close fight, as Golovkin won the fight by a hair!
The exciting 4th round would have made the difference as Triple G connected an overhand right twice that dropped the “The Miracle Man”
Despite the knockdown, Jacobs kept it very competitive all throughout the 12th round. Jacobs might have lost the decisions but he definitely won more fans. Even Golovkin himself said he’s a fan of Jacobs after they traded punches.
Jacobs has only lost twice in his career (32-2-29) but the toughest and biggest fight of his life was the fight against bone cancer back in 2011-2012 where he earned the moniker “The Miracle Man”
Two hard-hitting world class middleweight boxers traded a combination of punches. Golovkin was doing his thing with his “stalker” approach but this time he’s more cautious than ever. He has shown respect to Jacobs power as he would trade punches but would never provoke and let Jacobs land a solid punch his face.
Jacobs, on the other hand, displayed such an awesome boxing skills. He executed the game plan and put Golovkin in such vulnerable situation. He didn’t shy away from punching and most of all he wasn’t running away. He would throw jabs and combinations then he would move around and would switch to southpaw.
Overall a great competitive fight which has gone in favor of Golovkin this time. I wonder if it’s going to be the same result in a rematch. However, it seems that it’s going to be on the back burner for now as Tripple G tragets to get the WBO belt form Billy Jaoe Saunders this and of course the much anticipated fight againt Canelo Alvarez.

Meanwhile, check out the highlights here!

The Lakers are now having eighteen players heading into training camp.

Auguste  the 23-year-old shot 56.7% from the field in his 128-game career at Notre Dame, and led the ACC in rebounding as a senior, highlighted by a career-best 22 rebound performance against Duke in the 2016 ACC Tournament.

Jacobs  played three seasons at USC, averaging 11.6 points, 5.4 assists, 4.9 rebounds, and 1.2 steals per game in 2015-16 before declaring for the NBA draft as a junior. In Pac-12 play, Jacobs averaged a conference-leading 5.5 assists per game in his final collegiate season.

Wear  appeared in 51 games (one start) for the New York Knicks during the 2014-15 season, averaging 3.9 points and 2.1 rebounds per game. Last season, the Long Beach native, who attended Mater Dei High School in Santa Ana before playing at North Carolina (2009-10) and UCLA (2011-14), played for San Sebastián of Liga ACB, Spain’s top professional league.

Here are 15 more players in purple and gold:

The Kobe Bryant-less Lakers 2016-17 Schedule and Tips Off