Thinking about life …And how far I came
A photo posted by Hassan whiteside (@hassanwhiteside) on Dec 19, 2015 at 4:12pm PST Family is important to me. Proud to do my part for the women in my life. #LeanInTogether https://t.co/ZHZIVl3aD5 pic.twitter.com/0FkHtqvRI9 Back to Boston we go! #JaidenHasTooMuchSwag #OgNikes
A photo posted by Isaiah Thomas (@isaiahthomas) on Sep 20, 2015 at 11:10pm PDT

Happy birthday my love! You are truly a blessing from God and I want you to have an amazing day! It happens to be thanksgiving as well and I’m so thankful to have you in my life. Keep being the wonderful mother that you are to our kids & keep lighting up a room with that smile #HappyBirthdayMidget
A photo posted by Isaiah Thomas (@isaiahthomas) on Nov 26, 2015 at 6:36am PST

Got to meet 1 of the dopest actors/musicians in the world. Appreciate the love @iamjamiefoxx
A photo posted by Isaiah Thomas (@isaiahthomas) on Dec 4, 2015 at 2:54pm PST

Had to stop by @themarathonstore and pick up a few things… S/O 2 @nipseyhussle @adam_allmoneyin for always showing love
A photo posted by Isaiah Thomas (@isaiahthomas) on Apr 2, 2016 at 7:07pm PDT

Happy Father’s Day! Thanks pops for showing me how to be a man and take care of my responsibilities
A photo posted by Isaiah Thomas (@isaiahthomas) on Jun 19, 2016 at 2:21pm PDT

I need better thoughts, I need better vibes!
A photo posted by Isaiah Thomas (@isaiahthomas) on Jul 8, 2016 at 5:35pm PDT

#TBT when your son is showing off his game @NBAAllStar and you gotta capture it. #ProudDadMoment #Fatherhood
A photo posted by @carmeloanthony on May 19, 2016 at 6:49am PDT Introducing Paul George, Indiana Pacers’ shooting guard/small forward and a three-time NBA All-Star that has been named twice to both the All-NBA Team and the NBA All-Defensive Team, and our theme for today’s Basketball Culture.

A lot of NBA fans was shocked about the news that Kevin Durant is planning to join the Golden State Warriors, this decision gave him quite a different type of fame as fans continue to criticize, hate, and explain this news. And for that, he will be the theme for today’s Basketball culture. 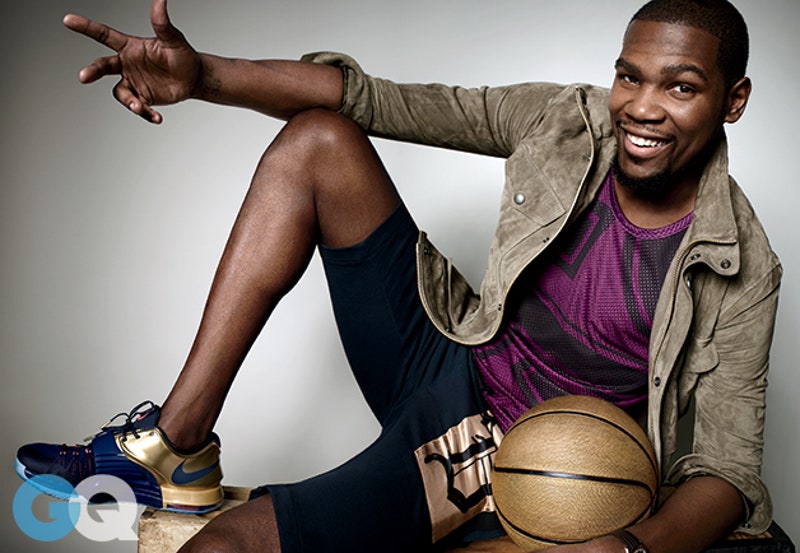 Austin has always showed me love. I appreciate you letting me share the #KD9 with you. Check it out! pic.twitter.com/rlf63PFE8Y

Photo and video courtesy of : GQ, Hypebeast, @KDTrey5, and google-images

Blake Griffin shows off how to be cool, fresh, and on-point for a man on his 20’s. 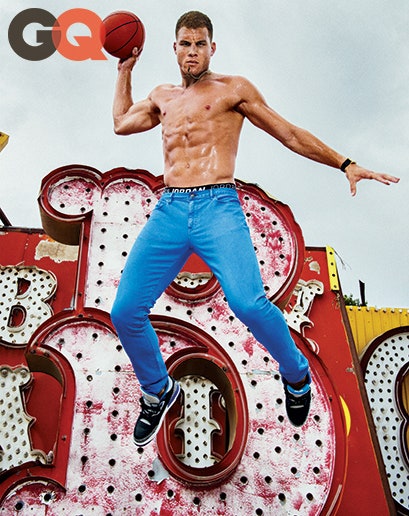 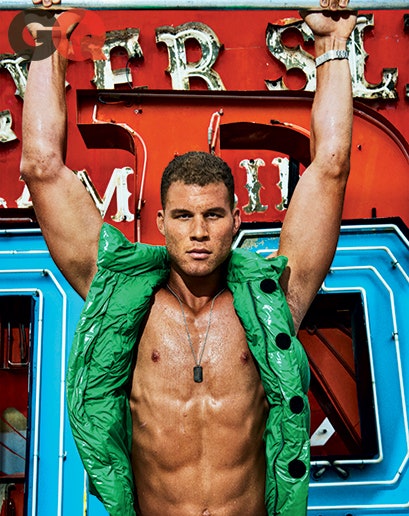 Today we look at the latest fashion trends and gears of various NBA players of 2016 via #nbafashionstyle .

Damian Lilliard and the Blazers shocked the world this season. Nobody saw them making it to the 2nd round of the playoffs. Congrats to Dame on a terrific season! #nbafashionstyle #nbastyle #nba #fashion #style #instastyle #cali #instafashion #fashionblogger #fashionblog #mensfashion #menstyle #suit #streetstyle #fashionable #designer #couture #portland #ripcity #rose #adidas #playoffs
A photo posted by NBA Fashion & Style (@nbafashionstyle) on May 12, 2016 at 3:21pm PDT

With the increasing popularity of the NBA league over the last few years, players have gone beyond the usual business casual attire and put on serious thought on what they wear to arenas and post-game press conferences. Knowing that cameras are always on them and their fashion choices will induce some form of reaction amongst the various social media channels.
Dallas Mavericks’ forward Chandler Parsons is well regarded as one of league’s most fashionable players, and with such a unique style on his personal wardrobe – including brand partnerships with Stance Socks, Del Toro shoes, PSD underwear and Anta, you will definitely learn a thing or two on showing off a great fashion sense. 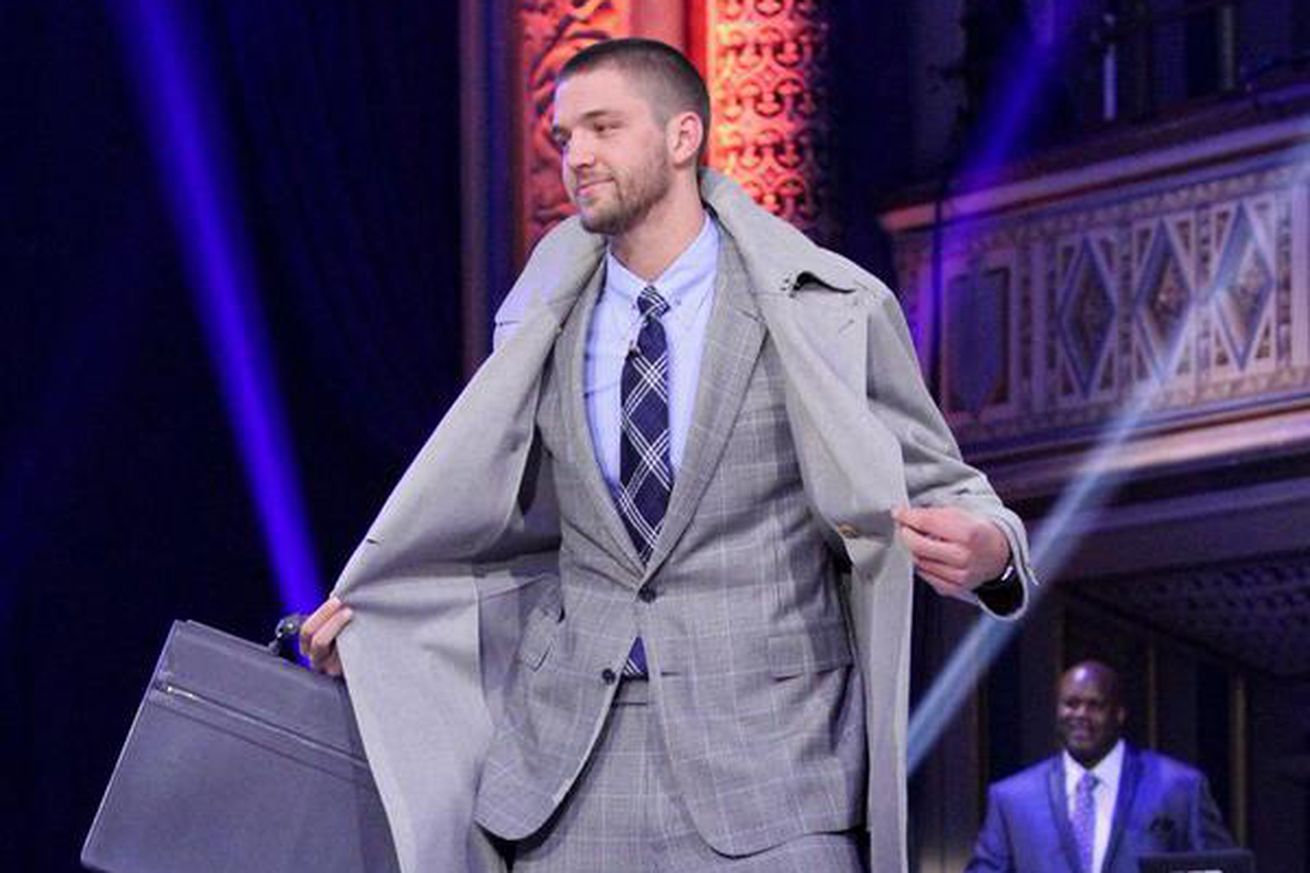 And also, some excerpt from Hypebeast for one of Chandler’s interview:
From a fashion standpoint, what can we expect to see from Chandler Parsons in the future?

Just a little bit of everything. Obviously, I like to stick to what’s popular, but I’m also kind of bold and daring with what I wear. I’m a very confident dude, so I feel I can pull off anything. Obviously, there are going to be some haters and people talking about whatever you wear, but I’m comfortable with what I like, and it’s something I’m going to keep on doing.

Courtesy of : MAXIM and Hypebeast
Look its a part 2! Russel Westbrook has more outfits to offer and is yet again critiqued by designers.
Thunder vs. Spurs GAME 5

Designer: “This look has a similar 90’s retrospect, which is a reoccurring theme with Russell’s looks. Here he wears the classic 90’s denim wrangler, which is an incredible staple to anyone’s wardrobe, and brings in the summer and a fresh new mind as he pairs it with a comfortable, yet functional tank top with a subtly destructed jean. He’s cool, yet classic and refreshing.”
Thunder vs. Spurs GAME 6

Russell Westbrook wore all black to Game 6 — funeral attire? — aside from some funky… https://t.co/axLTdj1sIu pic.twitter.com/AiztyLJuOd

Designer: “Our favorite look is obviously Russell wearing OVADIA & SONS to Game 6 of Thunder-Spurs. They advanced to the Western Conference finals that night. He’s wearing a black silk pullover tunic shirt and distressed denim from our Fall 2016 collection.”
WCF: Thunder vs. Warriors GAME 2

Designer: “This was a classic rock inspired look with a modern twist. Distressed denim has always been present in fashion. A few years ago, we started to see more distressed items surface such as T-shirts, hooded sweatshirts, hats, etc. You name it and someone has probably distressed it. Russ’ outfit was a modern Brando look. Instead of the plain white tee, Russ distressed his. He wore more fitted jeans and classic chelsea boots to complete the look.”
WCF: Thunder vs. Warriors GAME 3

Designer: “The premise of this look is that figuratively what Russ represents is the modern man and in the sense, he can be absolutely progressive and confusing to the average guy, but then again he can pull off a look like this one that I believe that all different men can relate to and appreciate.

“In this picture, he’s wearing a lumber-like flannel, which any guy can have in his closet paired with a hoody, a gray T-shirt and our Del Toro pink suede panel hat, which is the big exclamation point to the whole outfit.

In the 2016 playoffs, Russell Westbrook has worn everything from flowing, billowy pants to a shirt with a giant hole in the front — his shirts, pants, hats and shoes designed by many different people. These are some of the outfits curated by designers.
Thunder vs. Mavericks GAME 5

Designer: “Russell is wearing an Honorable Mention Poncho. He’s going for a monochromatic cozy look, but tops the outfit off with a fedora to give the look a slight classy touch.”

Designer: “Russ got a lot of negative feedback for this look, but I feel as though he was confident enough to pull this look off. The shades of denim in the oversized T-shirt, the rips in his distressed denim and the shade of footwear worked well together.”
Designer2: “Russell wears our Mobay Construct Original. It’s a custom-made shirt with five types of raw denim, and a raw tattered collar and hem stitching. The shirt was inspired by Montego Bay’s landscape, and we were surprised to learn that Shaq and Charles Barkley were huge fans! :)”
Thunder vs. Spurs GAME 2

Designer: “Russ was going for a more grunge look, which I feel he pulled off pretty well. Joey, Dee Dee, Tommy and Johnny would’ve been proud of this outfit.”
Thunder vs. Spurs GAME 3

Designer: “This Patagonia look is homage to our generation, which is really a retrospect to the 90’s in how influential they were to our pop culture and style. I think he is going for the less is more kind of concept. He just wants to push the envelope and express his ability to move a lot of different ways.
“I feel here, too, his style represents his body of play, which is very aggressive, yet very versatile. I think the look with the bandana and the cut-off T-shirt, especially the 90’s teal Patagonia represents his upbringing, which is a 90’s child, a free spirit and an open-minded individual.”
Photo courtesy of USA TODAY Sports

LeBron James and Nike set a new record for the biggest shoe contract of all time when then an 18 year old high schooler signed a 7 year, $90 Million deal with Nike who had not played a single NBA game. In his rookie season, LeBron James played in the Nike Air Zoom Generation, but subsequent years followed with a sequential number for each shoe making the AZG the unofficial LeBron 1. The AZG was designed by Eric Avar, the LeBron II-VI were designed by Ken Link, and LeBron VII-Nike LeBron 13 have been designed by Jason Petrie.

Things are going well for the King. Nike Basketball has never produced and made available so many LeBron James shoes for sale than ever. In addition to the signature Nike LeBron shoes, Nike also brings out a Soldier series shoe plus other special editions of LeBron shoes. Below are examples of the latest LeBron shoes for sale:

Today we look at some of the trends of  fashion that Basketball Players wear. Featuring Golden State Warriors Stephen Curry and Klay Thompson.

Today we look at some of the trends of casual fashion that Basketball Players wear. Featuring Cleveland Cavaliers, LeBron James and Kyrie Irving.