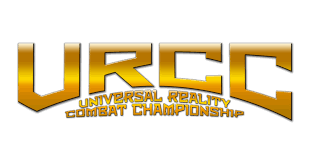 With the growing popularity of mixed martial arts (MMA) in the country, the organizing Universal Reality Combat Championship expects a banner crowd when it stages the Colt 45-URCC XVII dubbed “Havoc” on July 24 at the A. Venue Events Hall in Makati.

“We’re going to stage another blockbuster affair, so we expect another banner crowd,” said URCC president and founder Alvin Garcia. “MMA is one of the fast-rising and exciting events in the country and our talents are out to prove we’re one of the best in this sport.”

The 10-bout affair, presented by Colt 45 and sponsored by Tribal Gear and Alaxan FR, features two championship bouts, including in the pinweight class where Roy Docyogen stakes his crown against Jordan Ogo of Saipan.

Jabbari, who has been in the country for four years, hopes to use muay thai skills to beat Sarenas, who is a Brazilian jujitsu purple belter.

But focus will be on Docyogen, who is hoping to stretch his winning run to eight.

Tickets are available at all Ticketworld outlets (tel. No. 8919999). For details, log on to www.urccmma.com.

Increase traffic to your site now!