For Ateneo and De La Salle it was a little bit of deja vu. But this time in favor of the Green Archers.
And it led to De La Salle University denying Ateneo de Manila University of sweeping the UAAP Season 80 elimination round. The Green Archers took home the W with the score of  79-76.
Like their first meeting, the Ateneo vs DLSU matchup ended with a pair of clutch free throws but this time it was Ricci Rivero of the Green Archers who sealed the game. The Blue Eagles and the Green Archers started the game with so much physicality. The Green Archers were able to execute their mayhem defense but the Blue Eagles matched it with better offense.
The Green Archers only led 37-35 at the half. However, at the start of the second half, the Blue Eagles turned the tables as they took a 9 point lead, 63-54, at the end of the third quarter by sticking to the good game plan by coach Baldwin.
However, DLSU tightened their defense at the fourth quarter. Led by Ben Mbala, the Green Archers clawed their way back into the game. Despite the non whistle calls by the referees like the no travel call of Ateneo, La Salle kept their composure and they were able to make eight straight points before a nice spin move and a floater from Kib Montalbo with 40.3 seconds left which gave the Green Archers the lead. The DLSU crowd erupted as the ball fell at the bottom of the net. The Green Archers took a 77-76 advantage and forced Ateneo to take a time out.
The mayhem defense by the Green Archers almost did not work against a play drawn by coach Tab Baldwin which set up Isaac Go for a wide open basket but Go blew the semi-hook and missed the shot as Mbala tried to contest the shot. Rivero was able to get the rebound and was then fouled. This led Ricci Rivero into the line.
Ricci Rivero finished the game with 21 points as he scored both free throws. Ateneo tried to tie the game but Asistio was blocked by Ricci.
Ricci rushed to the bench as the buzzer sound and pounded his chest with joy as they handed Ateneo their only lost for the elimination round of UAAP season 80.
Ben Mbala led  all scorers with with 28 points, 19 rebounds, 6 steals and 6 blocks while Ricci Rivero also contributed 5 rebounds, and 2 blocks along with his 21 points.
Thirdy Ravena led Ateneo with 15 point while Isaac Go and Matt Nieto scored 13 and 12 points respectively.
Box Scores:
DLSU 79 – Mbala 28, Rivero R 21, Tratter 8, Santillan 7, Melecio 6, Montalbo 6, Go 3, Caracut 0, Rivero P 0, Baltazar 0, Paraiso 0
ATENEO 76 – Ravena 15, Go 13, Nieto Ma 12, Verano 9, Mendoza 7, Asistio 6, Tolentino 6, Ikeh 4, Porter 3, Nieto Mi 1, Mamuyac 0, Black 0

Ateneo ended De La Salle’s 12-game winning streak on an epic battle between the two archrivals at Smart Araneta Coliseum on the UAAP Men’s Basketball Season 79 Second Round of elimination round. Ateneo overcome La Salle’s pressing defense to defeat the Taft based school with a 83-71 victory. 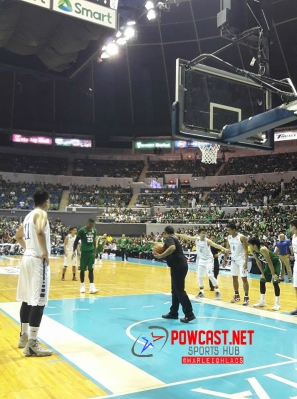 Many have thought that the De La Salle Green Archers will sweep the elimation round, coming into the game with 12-0 record. But the big men of Ateneo played outstanding defense to La Salle big man Ben Mbala forcing him to commit 7 turnovers. La Salle’s Jeron Teng played his last elimination game versus their nemisis Ateneo Blue Eagles. Teng led the Green Archers with 18 points. Mbala also contributed 17 points and 15 boards for the Archers. 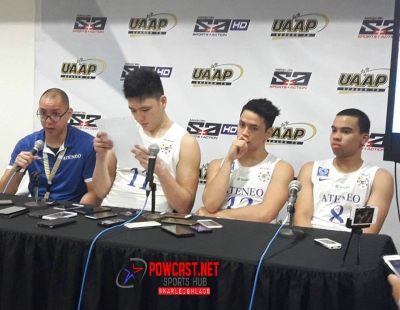 Ateneo was led by Aaron Black with 16 points and 7 rebounds. Aaron was coming from an injury. He is the son of Meralco Bolts head coach Norman Black. Matt Nieto and George Go also contributed 15 and 10 points respectively. Ateneo is now on a three-game winning streak and now secured a spot for UAAP Season 79 Final Four. 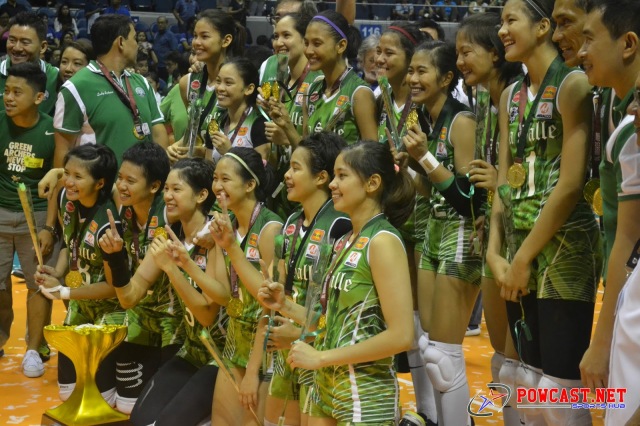 The De La Salle University Lady Spikers defeated arch rival and the two-time defending champions Ateneo de Manila University Lady Eagles as they battle it out in a winner-take-all Game 3 of the 78th UAAP women’s volleyball title series earlier at Araneta Coliseum.
The Katipunan based Lady Eagles won the first set but the Lady Spikers from Taft bounced back by winning the next three sets.
Set scores were 25-19, 21-25, 16-25, 16-25.
The Lady Spiker were led by Kim Kianna Dy with 17 points which was also later declared as Finals MVP.

It was an emotional farewell game for league three-time Most Valuable Player Alyssa Valdez as she delivered 31 points but not enough to carry her team to victory.

Here are some photos on earlier’s game: 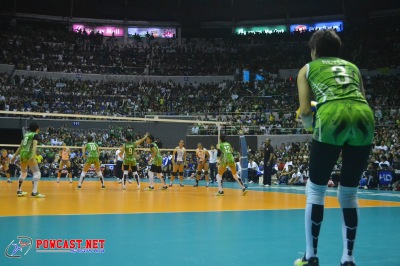 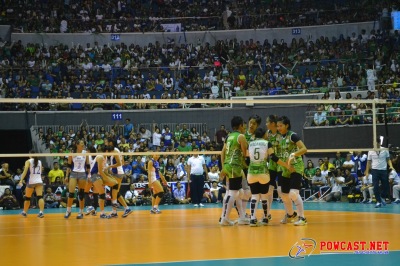