Tim Bradley talks about Manny Pacquiao, and facing him for the 3rd time in the ring.

by: Pow Salud
Manila, Philippines – Coming in to the Pacquiao vs Bradley 2 fight people are expecting a knockout ending. For Pacquiao, the 8 division champion who has destroyed and bulldozed practically every opponent he faces for a century, the fans are expecting nothing less than an old fashion beating.
The rematch between Timothy Bradley and Manny Pacquaio are expected to answer their disputed first bout, both fighter came in the ring with fire and bad intentions. Knocking each other out seems the only resolution to the controversial decision that favors Timothy Bradley during their first encounter. For Manny Pacquiao, it would be another step to the top which he lost when he was knockout cold by his arch nemesis Juan Manuel Marquez. For Timothy its a validation that he is better fighter  than Pacquiao, both looking for vindication.
Excited as always people cheer and watch closely as both fighter engage and exchange blows in a sports were brutality and blood is a sign of a great show, an indication that someone will fall sooner or later. Timothy Bradley, the undefeated champion showed his resilience and aggressiveness throughout the fight, he went out of his comfort zone and was trying really hard to knockout Pacquiao. The unexpected strategy by Timothy in someway hurt Pacquiao, in fact the 8 division champion took some heavy blows from Timothy in some of the rounds but was able to withstand the onslaught as he was able to come back with a flurry of punches of his own. The fight was very engaging and full of action as usual, Manny Pacquiao was dominating the fight with his exceptional footwork and his improved technical skills, but people seem very eager to see Bradley get knocked out. But that never happened.
Manny was declared the winner by unanimous decision by a wide margin but clearly some people are still criticizing Manny for not being able to put down Timothy Bradley. May I remind everyone that Timothy Bradley is a young unbeaten fighter, no one has defeated this guy in his last 31 fights, no one has knocked him out. A win is a win.
To some extent Manny is not the same as he was, he is now an improved boxer with tremendous footwork, boxing skills and respect for his opponent. He is a thinking fighter. The old agressive all-out- bang-bang-power puncher Manny is history. It has been almost 5 years since Pacquiao won by knockout and in that span of time Pacquiao have reinvented himself as a fighter that he is right now.
Age may be the only opponent that slowly defeats Manny, in the earlier days he does not need to win a round and all he need is one clear punch and you will find his opponent down and out. This is why he was called the destroyer but I guess that is gone. But Manny was able to adapt to his body and with the help of his trainer Freddie Roach, they are able to maintain relevance and stayed on top of the boxing scene. Manny Pacquiao is still one of the best fighters there is and no one can argue with that, knockout or no knockout. Funny no one seems to be criticizing Floyd  for his style, Pacquiao still got a higher knockout ratio and definitely still an aggressor in a fight, a true boxing analyst and fans would appreciate what Manny had become.
Its not the first time that an athlete has to change style in order to stay on top, one that stuck on top of my head is the great Michael Jordan, during his earlier days he was dunking all over the place, however as time goes by and age start to catch up on him he developed his fade away shots, he reinvented himself and became a post up and a pure shooter, not as flashy when he was young but still effective and was able to get the job done. Manny Pacquiao in essence is doing the same thing, they both have their own businesses, they both own a sports team and sooner maybe Manny could be a president too like Michael Jordan, only Manny would be to a country. That is another blue print to greatness.
The Pacquiao era seems to be dwindling to an end, Manny Pacquiao is 35 years old, and if he continue to fight for a couple more years, he would be too old for an average boxer, while his greatness is an exception and we have seen others do it, the Likes of Bernard Hopkins and Juan Manuel Marquez fighting at an old age of 40, we don’t want to see our national pride get hurt. We want him to continue providing inspiration even after his career in boxing.
Admit it or not the Pacquiao era of knocking out opponent may be over, Pacquiao the Destroyer no more and while Pacquiao still have what it takes to win and probably can still box and dominate with the young and the best boxer out there, we may have seen the best of Pacquiao already. If you are a fan, these are the moments that you don’t want to miss out on, you can probably count in your hand the number of fights that he will be in, and you don’t want to regret missing an opportunity to witness what is left of his greatness.

Do you think we have seen the best of Manny Pacquiao already? 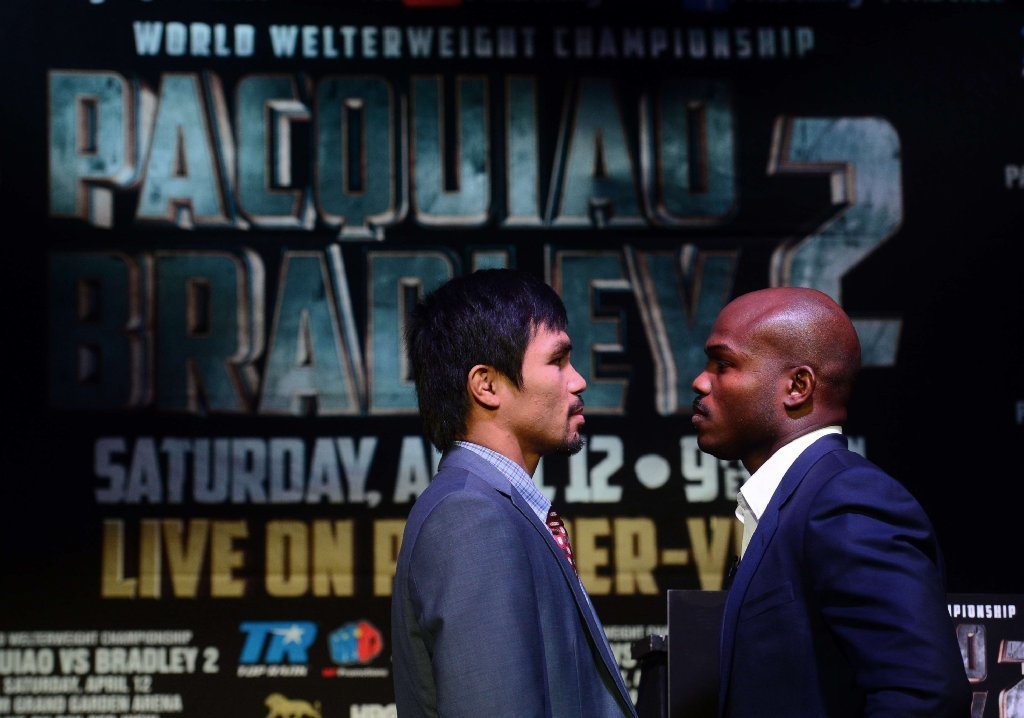 A few more weeks before the Filipino ring legend face the unbeaten Timothy Bradley again, everyone in the boxing world will be all eyes inside the ring at the MGM Grand in Las Vegas, April 12 as two of the finest boxers today settle their unfinished business.
For Manny Pacquiao, it will be another validation of his dominance in boxing as he continue to blaze back on to the top of the boxing scene, After defeating Brandon Rios he looks at Timothy Bradley as the next opponent that will bring him back to relevance, as vindication that he still got what it takes to fight the best of the best, he still got the fire!
For Timothy Bradley, it will be a chance to claim what he believe was rightfully his, a decisive win against Manny Pacquiao will not only put an end to a lot of criticism, it will give hime the self assurance that he belongs, that he should be consider as the best fighter in the world today.
While surely the steam is getting hotter as the fight comes close but before the most anticipated fight happens, let us watch first the road to Pacquiao  vs Bradley 2, and step into their preparation for the fight. Here now is the HBO 24/7 Pacquiao Bradley  2 video. Enjoy.

What do you think of of the newest HBO 24/7 Pacquiao Bradley video?

Manny Pacquiao lost to Timothy Bradley in a split decision

Video of Manny Pacquiao vs Tim Bradley Final Press Conference
On the weigh in Manny “Pacman” Pacquiao weights 147 pounds while Timothy Bradley scaled at 146. To tell you frankly Bradley came in really ripped and ready to go. Pacquiao meanwhile seems fool of confidence, even others are saying he’s not that ripped, and that conflict on Roach and Ariza may take it’s tool on Pacquiao’s training camp.
Manny Pacquiao vs Timothy Bradley- Official Full Weigh in