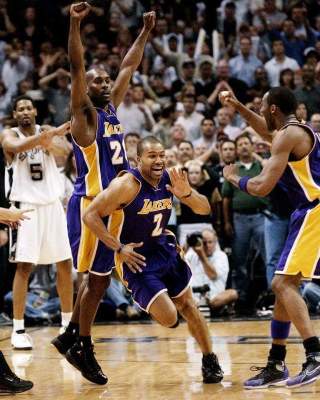 The home of retired LA Lakers guard Derek Fisher in Los Angeles was burglarized Monday morning (Jan. 30) and they stole his five championship rings he won during his run with the Los Angeles Lakers.
According to TMZ, Fisher told police that he left his home at around 7:30 a.m. on Monday, and when he returned three hours later, he realized someone had broken in.
The robber made away with more than $300,000 worth of jewelry, including his five NBA championship rings. Police in Los Angeles are currently investigating.
Toggle Sidebar