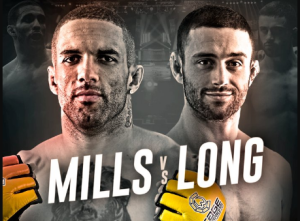 The ring is set at Newport Center in Newport, Wales on May 6,2017 for Che Mills and Lewis Long’s bout for welterweight championship.
Che Mills’ last victory happened way back May 03, 2014 against Leeroy Barnes. Although he faced continuous defeats to Jack Marshman, Matt Inman, and a no contest match to Terry Montgomery, he still has a pro record of 16 wins including 8 KO/TKO, 5 submissions, and 3 decisions and 9 losses 4 KO/TKO, 4 submissions and 1 decisions. He is now prepared to get the championship belt against Long.
Unlike Mills, Lewis Long won in his last two fights against Kester Mamba and Ryan Scope, both in the first round. He holds a record of 14 wins 3 KO/TKO, 8 submissions and 3 decisions and 4 losses 1 KO/TKO, 3 submissions.
This fight was supposed to happen October of last year but due to Lewis’ injury that time, the fight was cancelled.
Toggle Sidebar