Finally!
CELEBRATE!!!
The 76ers after registering a team history for having the worst start in NBA, finally gets to the win column.
1-18 can’t blame them the roster is iffy outside of Okafor the rest are decent backups or a 6th mind kind of guy. That is exactly what happened Robert Covington stepped up to score 23 points and grabbed 5 rebounds and my sleeper in my current fantasy league Jerami Grant had a great night, scored 14 pts grabbed 7 rebounds and had 4 blocks.

The score 103 – 91. Kobe came out blazing scoring the 1st 11 points of his team and ended the game with 20 pts and 5 rebs. We all know the reason why 76ers are tanking aside from the fact that they have been dealing with injuries they are tanking for this guy http://www.powcast.net/2015/11/introducing-ben-simmons-1-pick-for-2016.html

With that in mind 76ers may look for a partner to get a quality PG or SG in replacement for Nerlens Noel, I think Okafor and Embiid will end up playing better together, they already have a Jerami Grant who can play multiple positions for them and they will also have the versatile Dario Saric from Croatia. I will keep an eye on this development because I am sure that after the Lebron Era, the 76ers might be team that will take their place.

Here’s the highlight of the game: 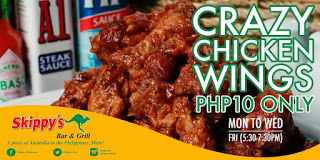 Jerami Grant
He is the Brother of Jerian Grant, the PG from New York Knicks. Father is Harvey the twin brother of  Horace Grant! Enough about the history. Time for my under dog to shine. Jerami Grant who is averaging almost 2 blocks per game, has made a huge impact and almost stole the victory for his team too bad they were up against Houston. Grant ended the game with 18 pts his career high so far with 6 rebs, a steal and a block! He was so fluid in this game shooting 3’s, slashing through the rim and Dunking like there’s no tomorrow.
I am impressed for sure because this guy kept on trying to get a victory for his team and has been playing decent so far averaging 10ppg and 5reb . Not bad for a back up and in this game he actually started at SF and even won the Jump ball against D12.
Here is a highlight for those who actually deserve it! 11/27/2015